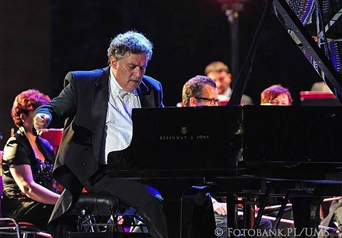 Alexander Peskanov, an internationally-known concert pianist, composer and master teacher. Mr. Peskanov graduated from the Stoliarsky School of Music in Odessa, Ukraine, and received his Masters and Bachelor degrees at The Juilliard School in New York. Mr. Peskanov made his orchestral debut under the baton of Mstislav Rostropovich, and has since traveled the world performing, and spreading the great traditions of the Russian Piano School.
​"This brilliant pianist can create incredible excitement and knows how to please a crowd," reported The Washington Post when reviewing Alexander Peskanov’s Kennedy Center performance of Rachmaninoff’s Third Concerto. He has since appeared as soloist with numerous orchestras including: National, Baltimore, St. Louis, Houston, Utah, Richmond Symphonies, and internationally with London Symphony Orchestra, English Chamber Orchestra, Polish Chamber Philharmonic and Hong Kong Philharmonic. In recent seasons, Alexander Peskanov, critically acclaimed as a “distinctive soloist” by New Yorker Magazine, has made concert appearances in Russia, Poland, including the Leonid Kogan and Elizabeth Gilels Festival at the Moscow Conservatory, and the Sopot International Music Festival, in a performance of Tchaikovsky’s First Piano Concert with the Polish Chamber Philharmonic. He also appeared at Carnegie Weill Recital Hall, Yale University and Bargemusic in New York, performing an all Chopin recital.
Alexander Peskanov is also a successful composer of classical works, including piano solos, piano concertos and chamber music. He has written twelve concertos for young pianists, two of them, Concerto No. 1 for Piano and Strings (Hal Leonard) and “Spring Concerto” for Piano and Orchestra (Alfred Music) have been selected by the National Federation of Music Clubs for 2016–2020. Recently, Peskanov’s concertos have also received International recognition and have been premiered in Europe, Asia and South America, including Germany, the Czech Republic, Mexico, Columbia, Thailand and Hong Kong. ​
​ 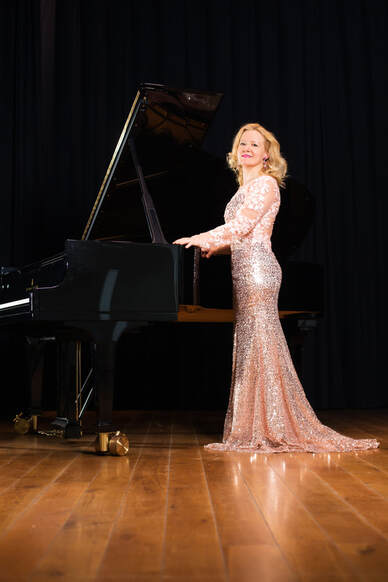 Ivajla Kirova is Founding Artistic Director of Bulgarian Musical Evenings Festival in Germany. “The young Bulgarian pianist is an example of how the Bulgarian art can be developed and supported even beyond the country’s frontiers…” announced Radio Deutsche Welle.
Ivajla Kirova started playing a piano at the age of 7 and at 16 she was the youngest student in the piano class of Prof. Dora Lazarova at the Sofia Music Academy, Bulgaria. Her career started early as a young prize winner. She graduated from the Sofia Music Academy with a distinguished diploma and has Master of Music degrees in piano and chamber music from the Munich University of Music and Theater. In 1997 she relocated in Germany after she was invited to become an Associate Professor at the Munich University of Music and Theater. For eight years she taught international students, participated judged at international piano competitions, and conducted masterclasses in Europe and Asia. She has performed numerous concerts in Bulgaria, Italy, Spain, Austria, Germany, Switzerland, Malaysia, China, Hong Kong, Japan, the UAE and the USA. Her live recordings have been broadcast on television and radio in Bulgaria, Germany, Switzerland, Canada and in the USA.
Kirova has recorded five internationally released CDs, some including her own compositions, collections of poems, songs based on poems of famous Bulgarian poets etc. In 2001 her debut CD was recognized by the world famous Maestro Gerhard Oppitz as “an exceptional record with incredible artistic value”. In 2002 Maestro Alexis Weissenberg so highly praised her performance at the final concert of his masterclass in Switzerland that it was released it on a CD in Zurich in 2003.
In 2014 the German recording label IFO Classics published her third solo CD called “In Memoriam Maestro Alexis Weissenberg” which received exceptional comments such as “incredibly fine”, “brilliant”, “unique, with exceptional dynamic control, technical skill, wonderful tone and expression”. Huntley Dent from the New York Arts and Colin Clarke from Fanfare Magazine praised her CD in their detailed reviews: “As a composer and musician Ivajla Kirova has a remarkable talent.” “Her interpretation of the Liszt’s Spanish Rhapsody is completely in the spirit of Weissenberg, with his verve, scale and daring.” “Ivajla Kirova makes her highly regarded teachers feel proud.”
In 2015 and in 2018 she received the Artist Award at the Bel Canto Festivals in Kuala Lumpur, Malaysia and was reinvited for more recitals and masterclasses in Asia.
Her fourth CD with Bulgarian chamber music pieces was selected as RECORDING OF THE YEAR 2016 by Musikweb International (World Premiere Recording - CBR 21653, USA).
2019 she received DELTA KAPA GAMA HONOR INTERNATIONAL SOCIETY AWARD for key women educators with extraordinary achievements all over the world (Atlanta, USA)
2020 the US recording label Con Brio Recordings published this fifth solo CD with her favorite piano pieces by Schubert, Chopin, Rachmaninov, Liszt etc.​
​ 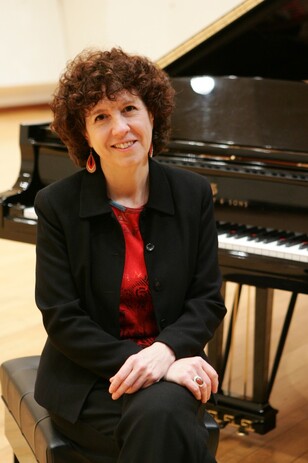 Elisenda Fábregas was born in 1955 in Terrassa, Barcelona, and received extensive training as a pianist at the Barcelona Conservatory. In 1978, she came to the United States as a Post-Doctoral Fulbright scholar and earned a masters degree from The Juilliard School and a doctorate from Columbia University Teachers College. She began composing at The Juilliard School in 1985, working with several dance companies and choreographers in New York City, including Jerome Robbins, Hector Zaraspe, Janet Soares and Anna Sokolow. She started composing in 1986, when The Maria Benitez Spanish Dance Company commissioned her to write Reflexiones for solo piano, which was premiered at the Kennedy Center for the Performing Arts in Washington D.C., the Joyce Theater in New York, followed by numerous performances throughout the U.S., Canada and Europe.
In her early career as a pianist, she performed in Spain, England, Korea, Japan, China, Taiwan, and the United States, appearing in Alice Tully Hall, Merkin Concert Hall, Carnegie Recital Hall, and The Joyce Theater in New York City, The Kennedy Center for the Performing Arts in Washington, D.C., The United Nations Conference in Beijing, The Place Theater in London, Palau de la Musica Catalana in Barcelona, and the Manuel de Falla International Festival in Granada, Spain.
In her New York debut in Carnegie Recital Hall she was praised by Tim Page of The New York Times as having “… fluid technique and a poet’s command of musical shading.”  She was featured on NPR’ s  recording “Live Concert at the Alamo,” and performed live on WQXR-FM “New York Spotlight,” WNYC-FM “Around New York,” and the Voice of America.
Elisenda was awarded in 2011 a Doctoral degree (DMA) in composition at The Peabody Institute of Johns Hopkins University. From February 2010 to 2013 she was a Visiting Professor at the Chugye University for the Arts in Seoul. She was an Adjunct Professor in Composition at Ewha Womans University in Seoul, and currently she is an Invited Professor of Music at Kyung-Hee University Humanitas College in South Korea. 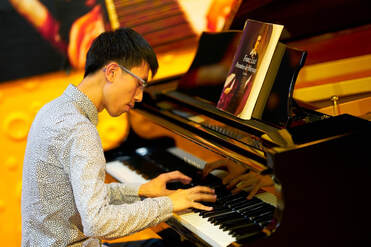